5 Auto Collision Damages To Be Aware Of

An auto accident rarely leaves a car completely unscathed. There are several types of collision damages you need to look for following any car accident.

Friction from damages to the body panels can lead to more problems, For example, a bent fender can rub on the tire each time you turn, eventually leading to a dangerous tire blowout. Body damage is often dismissed as being an appearance issue, but friction from damaged and warped panels can put stress on other parts of the car if the damage isn't promptly repaired.

Some collision damages affect visibility. Broken headlights are the most obvious example, as are cracked windshields. Tail lights, turn signals, and reverse lights are also visibility hazards if they are broken, as they prevent other drivers from clearly seeing you when you are on the road. If not fixed, these issues can lead to another accident.

The drive train consists of components like your axles, differential, drive shaft, and various joints along the drive shaft. Even a small fender bender at low speeds can cause damage to the drive train. The most minor is knocking a car's tires out of alignment, but even this can cause damage to the car and even be dangerous at high speeds. Examples of other drive train damages can include bent axles or broken seals on the joints, all of which can lead to major problems if not repaired at a collision shop.

The frame of the car is like its skeleton. If it's damaged or bent during an accident, then the car won't work exactly as it should. It may be difficult to keep the wheel straight when driving, for example, or the car may shimmy or shake when you drive at higher speeds. This can affect handling in a dangerous way or put stress on other car components. Sometimes frame damage can be straightened out, while in other instances frame damage may mean the car is totaled.

A car may come out of a collision with what appears to be no more than a few scratches, but there could be hidden damages. Components may be knocked loose, such as hose fittings or battery connections. It's a good idea to always have a car looked at and a diagnostic scan performed if you have been in an accident, no matter how minor.

An auto collision repair service can help if you have been in an accident. 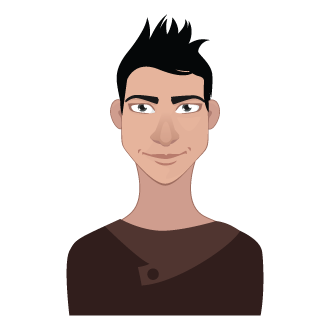 Matching the paint on your car is harder than you probably think it is. When you take your car in for scratch and dent repair, it's not so easy for the repair technicians to just pick up a tube of whatever paint the factory may have used. Some paints are a mix of several different colors, and when you drive your car around, sun, salt air, and other factors can fade or change the color, which makes it even more difficult to match. Auto paint matching is both an art form and a science. I started this blog to help you learn how to match paint so that you can make your own auto body repairs. If you have the time and patience to learn, these posts can help you.